The governance arrangements for Horizons Specialist Academy Trust, as prescribed in the Articles of Association, are set out below:

There is currently one vacancy

As charitable companies limited by guarantee every Trust has Members who have a similar role to the shareholders of a company limited by shares. They:

Trustees manage the academies on behalf of the Trust, through undertaking the core functions as detailed in the  The Governance Handbook  - ensuring clarity of vision, ethos and strategic direction; holding executive leaders to account for the educational performance of the organisation and its pupils and the performance management of staff; and overseeing the financial performance of the organisation and making sure its money is well spent.  Trustees also need to ensure that the Trust complies with charity and company law and operates within the Funding Agreement that has been signed with the Secretary of State.

The Articles of Association state that the Board of Trustees shall have the following directors:

The current membership of the Board of Trustees, along with Trustees' terms of office, are detailed below.

Rosemary has held a variety of paid and voluntary posts in education before and into retirement. These included eight years of experience as a teacher in mainstream 11-16 schools, four years as a primary school learning support assistant and eight years as a sixth form college exams officer.

Rosemary became a Local Authority appointed Governor in 1982 and has served continuously for thirty-nine years. For twenty years, she co-tutored Governor Induction Training courses for Redcar and Cleveland Council. In 2017, she was invited to become a co-opted member of the Management Committee of Archway Pupil Referral Unit. She looks forward to further developing her understanding of Special Education as a Horizons Trustee.

Rosemary has grandsons in Year 9 and Year 4 and granddaughters in Year 6 and Year 4, so finds herself often reminded of the experience of schooling from the child’s perspective.

Elizabeth is the Chief Executive Officer of Horizons Specialist Academy Trust (HSAT), which was established as a Multi-Academy Trust (MAT) on 1 August 2013 and has been a recognised Sponsor MAT since November 2015.  Elizabeth is also the Trust's Accounting Officer.

Elizabeth already had wide experience of leading and managing in a variety of settings prior to taking up post in 2009 as Executive Headteacher of Stockton Borough First Federation: a "hard" federation of two special schools, having been a headteacher of three special schools in Scotland, including that of Principal of The Royal Blind School in Edinburgh (giving her valuable experience of the independent and charitable sector).  In addition, she gained valuable experience of working as an Associate Assessor with Her Majesty’s Inspectorate of Education (HMIe) in Scotland – a role which involved Elizabeth in the inspection of specialist SEN and mainstream-based provision across Scotland and the Highlands and Islands.  She also had the experience of heading up services for SEN at local authority level as a member of the education directorate in East Dunbartonshire Council.

Under Elizabeth's leadership, Stockton Borough First Federation evolved from a modest amalgamation of two special schools into a more dynamic organisation where staff and financial resources were increasingly moved and reorganised seamlessly to meet pupil and student need.  Consequently, Elizabeth viewed the move to academy status as a natural, necessary and sound progression on the journey towards ensuring that student needs and support for their parents and carers were the primary "drivers" in organisational change and professional development and focus.  Her philosophy of "no child left behind" is at the heart of Horizon Specialist Academy Trust's determination that innovation and sound practice based on robust self-evaluation are key elements in improving learning and teaching.  Furthermore, the freedoms of academy status - combined with successful funding applications to the ESFA - have enabled HSAT to improve the quality of its facilities as well as employing its own specialists in areas such as speech and language therapy and educational psychology.  The Trust’s strapline “to do more and to do it better” continues to underpin the work of the Trust.

Elizabeth is a co-opted member of the Regional Schools Commissioners Headteacher Board for the North of England.  She is also the representative for Special Schools Academies on Special Schools' Voice  - a national group which seeks to provide a collective voice for special schools and those seeking to create the best possible outcomes for children and young people.

Elizabeth was made a Commander of the British Empire (CBE) for services to Education in The Queen’s 90th Birthday Honours List of June 2016.

Maurice is the Chair of the Board of Directors and prior to this was Vice Chair since the Trust’s inception in 2013.  He has been involved in the governance of the Trust’s academies/schools for over 28 years.  Maurice is also the Lead Safeguarding Director for the Trust.

Prior to retirement, Maurice was a senior police officer directly responsible for 300 staff and a £10m+ budget.

Speaking about the Trust, Maurice is very clear in his vision that the Trust can continue to deliver the best possible education to children and young people with special educational needs and disabilities across the Tees Valley, to help them maximise their potential and realise their aspirations.

As well as Chair of the Trust Board, Maurice is a member of the Finance, Risk & General Purposes Committee and the Standards Committee, and is also the Lead Director for Safeguarding/Child Protection.

Colin has been a governor for 29 years, including 18 years at Abbey Hill (Vice Chair for 2 years and Chair for 4), Chair of Stockton Borough First Federation from its formation until its conversation to Horizons Specialist Academy Trust (7 years) and Chair of the Trust from its formation in 2013 until 2017 (4 years).  Additionally, he was a governor of Ash Trees Special Primary School for 3 years.

His charitable activities include 15 years in the Round Table organisation in several continents and 4 years in Rotary International, plus numerous years as a director of charitable trusts providing work for people with learning difficulties.

Colin is the Chair of the Trust Board’s Finance, Risk & General Purposes Committee and is a member of the Standards Committee.

Baxi has been a Member appointed Director since 2014. After completing medical training about 20 years ago, he specialised in mental health and is currently working as a Consultant Psychiatrist and Clinical Director in Tees Esk and Wear Valley NHS Foundation Trust which is a leading Mental Health Trust in the area. He has experience in research, medical education and clinical psychiatry. He is passionate about use of technology and data as tools to improve efficiency and overall productivity.

Baxi is a member of the Trust Board’s Finance, Risk & General Purposes Committee

James has worked in the charities, central and local government sectors for over 20 years. He is currently Deputy Chief Executive and Chief Operating Officer of the Elevate Multi Academy Trust in North Yorkshire.

Previously he was Strategic Director of Finance, Governance and Support Services at Middlesbrough Council; and he has also worked at the National Audit Office and as a Senior Civil Servant at the Department for Education, where most recently he led the academies programme in the North of England.

James has been a Director of HSAT since 2015.  He is passionate about education and is also a Governor at Northumbria University and a Governor at East Durham College.

Sian is the Chair of the Trust Board’s Standards Committee.

David is a highly experienced and well respected education professional who has unrivalled experience and expertise in supporting school leaders and trustees in the development of effective governance models.

David brings over 40 years of experience in the education sector to his work and this includes extensive headship experience, a range of senior management roles in local government, a national advisory role in the DfE's BSF programme and consultancy and leadership roles in the private sector. He also worked with the MoD for two years on supporting the transition of service children.

He has Qualified Teacher Status and is a graduate of the University of Warwick. He was an Ofsted inspector for 13 years. David was selected as the NGA’s Outstanding Clerk of the Year in 2015 and was a member of Sir David Carter's expert group that developed the DfE's Competency Framework for Governance. He also helped to develop the DfE's framework for school/academy clerks. Latterly in his career, David provided governance support to a number of Multi Academy Trusts in the north east of England.

David is Vice Chair, and is a member of the Trust Board’s Standards Committee.

COMMITTEES OF THE BOARD OF TRUSTEES

The Board has a robust Committee structure in place - information on the Committees' membership, scheme of delegation and terms of reference can be accessed via the following link.

Please follow the link to access information on the Trust's local governance arrangements, which are undertaken by the Academy Councils.

TRUSTEE RESIGNATIONS DURING THE PAST 12 MONTHS

Sue Richardson - term of office as a Member appointed Trustee came to an end on 7 December 2020.  Sue had declared two business/pecuniary interests: Director of Warwick Court Management Ltd (from December 2013) and Chair of Governors of Aiskew, Leeming Bar CofE Primary School (from March 2018)

Linda Laidler - term of office as a Member appointed Trustee came to an end on 11 July 2021.  Linda had declared two business/pecuniary interests: Director of Sheraton Choices (HSAT subsidiary) from 2015; Member of Independent Monitoring Board, Kirklevington (Criminal Justice System) from 2013 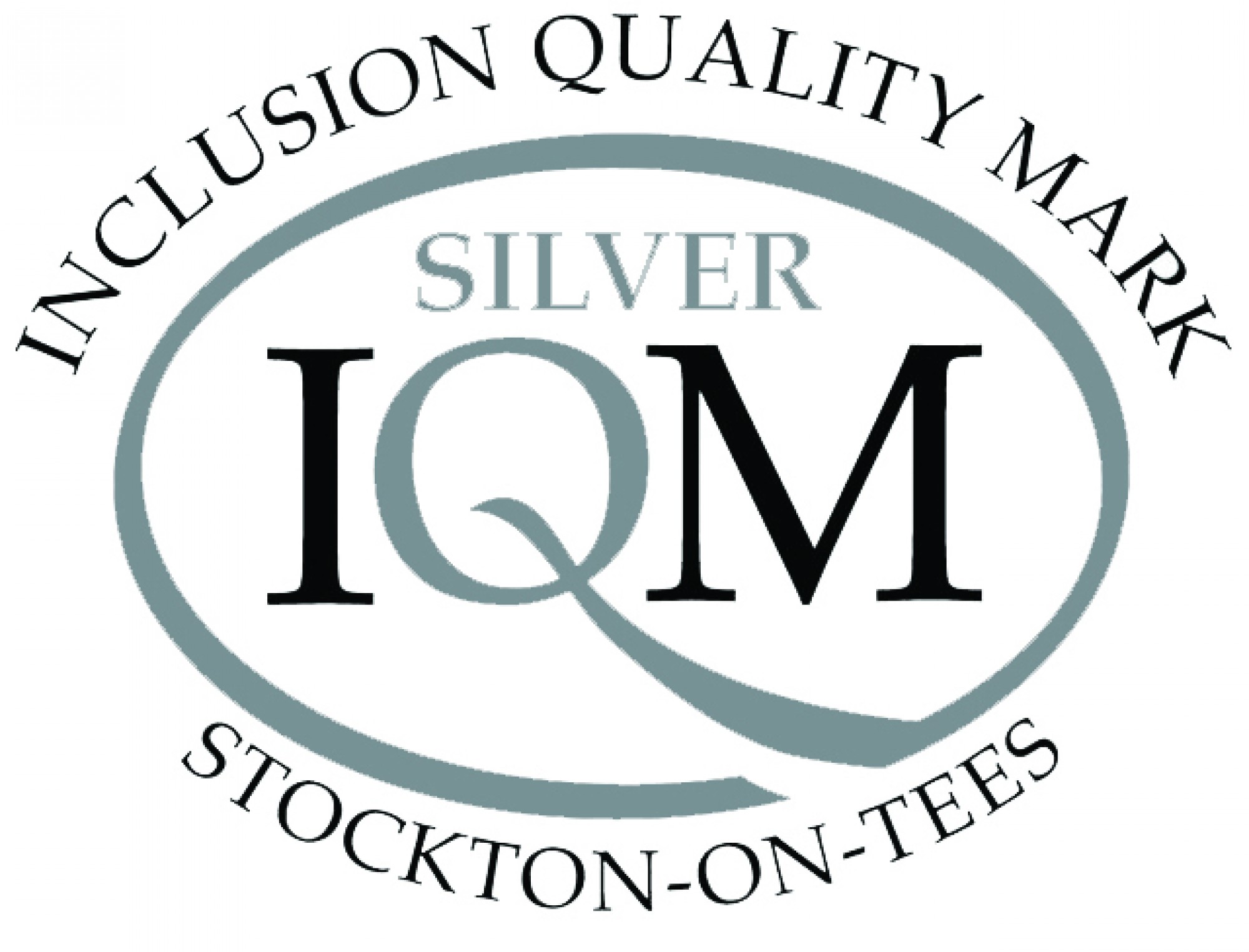